The Dragon Quest series is something I’m intimately familiar with – although ironically it is only because I review games for Vooks – the series really didn’t “jump” out at me before I began my writing position here. Having played all the re-releases of the games on the Nintendo DS, I never actually got to try the Dragon Quest: Monsters franchise – a sub series which seemed to be a Pokemon-esque spin off which focused on creatures rather than the heroes themselves. Never too quick to reject something that would be similar to Pokemon, I was kind of excited to try out Dragon Quest: Monsters Joker 2, although I have no idea where the nonsensical name comes from. Thankfully after spending quite a bit of time with the game, I am happy to report that not only did I really enjoy it, but that I think I like it even more than the mainline Dragon Quest games.

The story of Dragon Quest Monsters Joker 2 (Joker 2) is not really unique or new. Players assume the role of an unnamed child who wants to be the very best monster tamer (sound familiar?). Taking his love of Monsters above and beyond the law, the tamer stows away on an airship that’s en route to the Monster Scout Challenge, a competition many tamers visit to show off their skills. Unfortunately disaster strikes and the airship crashes onto an uncharted island filled to the brim with monsters. The tamer must then try to gather the crew and get off the island before anything else happens. Of course it’s not that simple as the island itself has all kinds of secrets buried within. Along the way, you’ll tame and control monsters in order to survive, which is where the main concept of the game stems from. Joker 2 continues the series tradition of employing Akira Toriyama’s signature style of character and monster designs and as such everything you see in this package is understandably quite similar to previous titles. Thankfully the island itself is incredibly detailed and many of the areas have very beautiful scenery, despite the setting being rather standard. The monsters and characters themselves are well detailed, with particular attention to detail being given to the monsters who all exhibit unique and inspired designs. In addition to this, the game really seems to be pushing the DS, with some absolutely huge boss monsters to battle too. The only real downfall of Joker 2’s graphical presentation is that the environments themselves just seem to be missing something, they don’t feel as full or alive as the environments you’d typically find in an RPG.

In terms of gameplay, Joker 2 is your typical turn based RPG – players control the actions of the monsters above everything else. The game is very accessible and not hard at all – the option to flee battles is always available should players feel overwhelmed. I would like to however give special mention to the Nintendo 3DS’s Circle Pad, which makes movement a lot easier than with the standard d-pad. While obviously this is not excessively game changing but something to keep in mind when playing. The main attraction of the game though is “scouting”, where players are given a percentage likelihood of a successful “scout” and if successful, they can actually recruit a monster on their team. This kind of approach is similar to Pokemon, except your own monsters will make an attempt to intimidate another monster into joining you instead. The system is very simple and something that I am sure anyone interested in this genre can get into. Of course, if you don’t want to actually capture a monster then you can just defeat them for experience.

Experience obviously levels up monsters, increasing the statistics and their performance in battle. The twist is that each monster also has a specific subset of attributes that can be levelled up known as “skills”. Some of these skills may be defensively oriented, while others may be offensively geared or even magically inclined. Each statistic is yours to mould which gives a good sense of personalisation to the monsters.

The coolest feature that Joker 2 boasts is something I’ve purposely neglected to mention until now. It boasts a rather well put together “Synthesis” system, which lets players take two monsters who meet certain requirements and synthesise them together to create a new monster. The results from such bonding are actually quite impressive – most of the monsters retain qualities from both of their “parent” monsters and you can even select which skills they will inherit (although think about this in advance – it’s annoying to level up a skill that will be scrapped once you synthesise). It’s an incredibly simple system but has a lot of depth and really puts Joker 2 a mile ahead of other games in the genre. Obviously there is a little bit of a limit in that the monsters have been pre-determined by the developers, but the number of options is nonetheless pretty impressive. While the game’s main story does last well over 20 hours, there’s heaps to do once the game is over too. Employing a lot of multiplayer / wireless functionality, players can trade creatures not only from other Joker 2 players but also players (including yourself) of previous DS games DQIX and the recently released DQVI. There is also a wireless multiplayer mode too, which does unfortunately require multiple carts. The Wi-Fi Connectivity is actually pretty interesting too, allowing players to join a team and battle another team in the “World Monster Championship” mode. While this sounds terrible on paper due to issues with regards to getting your team online at once, the game actually allows players to log on whenever they feel like it, do their battles, and the game essentially compiles all the data at the end of the day to inform the team who won. It’s a good system that will definitely have a place in most players’ hearts, I know that I keep coming back to it.

The biggest disappointment with Joker 2 was definitely the lack of voice work, which is something we’ve seen in many DS games previously – it would’ve been nice to see something a little bit different for this spin off. The sound effects themselves are vibrant and really add to the gameplay, with each particular weapon having a unique sound effect that adds weight to your actions. The uniqueness of each different sound really makes things feel a little bit less repetitive. The music is something you’ll encounter in any RPG with some nice, cheery music playing while exploring towns, ominous, downbeat music playing in dungeons and of course some fast paced and upbeat tunes during boss battles. Nothing here is outstanding but nothing is offensive to the ear either. Dragon Quest Monsters: Joker 2 is a very good RPG that manages to take everything that’s good about the Dragon Quest universe and tweak it into a format that I personally found to be much more enjoyable. The synthesis system is the real standout here, but the simple battle system and the sheer amount of creatures that players can recruit really make Joker 2 feel like a substantial addition to any RPG fan’s library. Definitely one to grab.

The environment, creatures and characters are all well designed, although some of the environments feel empty and lack life. The gigantic boss creatures really seem to be pushing the system and this gives the game an epic feel.

A simplistic battle system is brilliantly paired with a rather in-depth synthesis system that allows players to create their own breeds of monster. Everything is very accessible and the synthesis system is perhaps a little bit complex, however the system really brings something unique to the genre.

Well designed sound effects for all kinds of different attacks and creatures, but the lack of voicework is somewhat disappointing in this day and age.

With a very lengthy main quest, combined with the ability to capture and synthesise over 300 creatures, theres a lot of content packed into Joker 2. Theres even heaps to do after the credits roll, with some well thought out Wi-Fi modes.

Dragon Quest Monsters: Joker 2 is a surprisingly different Japanese RPG that manages to mix up things a little bit to offer a genuinely unique gameplay mechanic.

Anyone looking for something a little bit different from your standard Japanese RPG that isnt Pokemon should look no further this is probably one of the better RPGs available on the Nintendo DS. Its always nice to see developers not losing interest in the console despite its successor being released and this game is why.

James Mitchell
Avid gamer since I was as young as three years old when I received my first NES. Currently studying full time and consider myself a balanced gamer. Enjoy games on all systems, from all genres, on all platforms. Sometimes feels like he's too optimistic for this industry.
You might also like
dsRole-PlayingDS
MORE
Read More
152 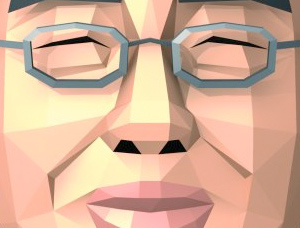 Everything from the Animal Crossing New Horizons Direct
1546

One time limit for Animal Crossing: New Horizons save data recovery if your S...
679
Ads
Whats on the eShop This Week