Tucked away in a fact sheet Nintendo has revealed that the Wii U’s version of the eShop will be available at launch later this year.

Although Nintendo spent no time talking about downloadable games at its E3 press conference, it’s good to know that the Wii U won’t suffer the same fate as the much delayed eShop at the launch of the 3DS.

Among the first announced titles are BIT.TRIP Runner 2, Chasing Aurora, Cloudberry and 1000 Spikes. Presumably Trine 2 will be coming to the eShop as well, but they have not said whether it will be a retail or downloadable game (or both!).

Nintendo says gamers “will also be able to purchase and download select games that are also available at retail stores”, however there is no specific list of titles. It remains to be seen if large titles like Darksiders 2 or Assassin’s Creed 3 will be downloadable or if they are referring to only select games that one would expect to be smaller in file size, such as Scribblenauts Unlimited or New Super Mario Bros U.

Remember the Wii U does not come with a hard drive, so you will need to buy a large capacity SD card or external USB hard drive if you expect to download many games.

Daniel Miller
Daniel is an avid gamer and online journalist. Starting with the GameBoy, he has followed gaming ever since. When he is not stomping goombas he is working as a news journalist in sunny Queensland.
You might also like
E3 2012eShopWii U
MORE
Read More
182 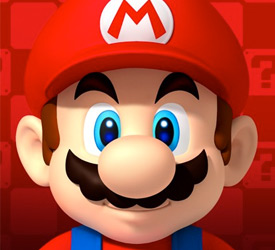